Normally in this job I get the opportunity to discuss a watch that has launched and behind it is the start of a brand, or a link into an existing brand.

Tockr™ is different in this aspect, we are witnessing the birth of the complete brand, a polished, refined, professional and complete brand.

Tockr™ has been over 18 months in the creation after lifetime of planning for its creators, Austin Ivey – Founder & Chairman, Sophy Rindler – Co-Founder & Partner, and Serge Aebischer – CEO, you can read about their skillsets and histories on their website bio

The Tockr™ range consists from the beginning two main product groups covering thirteen models, notably the C-47 series and the Air Defender Series and both have very impressive specs, the type of impressive specs that throws them straight away into the bracket of “Premium Brand”.

The C-47 series is aptly named after the aircraft type that Austins grandfather used to fly in the second world war, and the design influences are drawn from the plane itself.

“Tockr traces its inspiration back to World War II when Austin’s Grandfather Eugene Xerxes Martin, Jr. was serving as a Lieutenant in the Army Air Transport Command. Lt. Martin went on to fly C-47 Skytrain transport planes over the “Hump”, the infamous Eastern end of the Himalayan Mountains between China and India.Tockr’s C-47 series pays tribute to this history by offering a one of a kind watch made in Switzerland inspired by the radial engine of the C-47 aircraft.”

The two types of the C-47 series are the ‘Radial’ and the ‘Radial Wing’, both being driven by a Automatic Swiss manufactured LESCHOT Engineering caliber movements. LESCHOT by the way are a watch manufacturing company that has been around since the 1500’s and are proud to say they not only make some of the movements but also complete the build of all watches in Switzerland.

The ‘Wing’ sports Hours / Minutes / Seconds whilst the ‘Radial’ has the added Date complication. 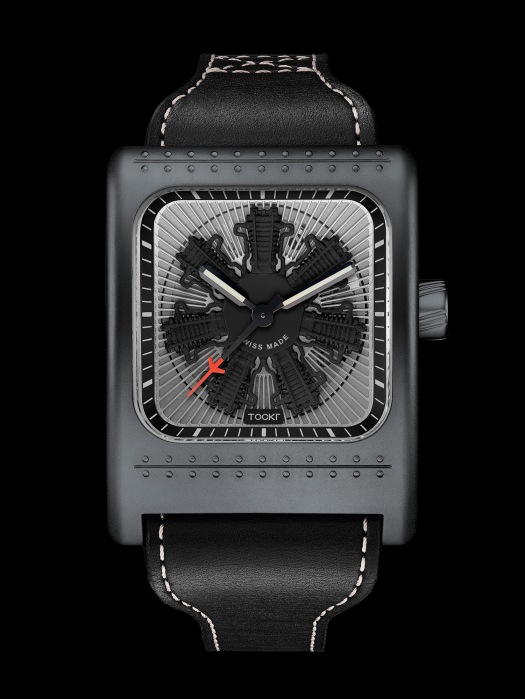 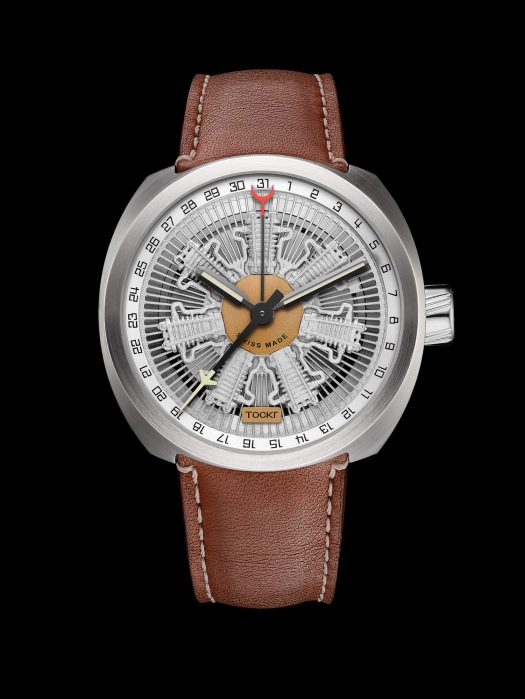 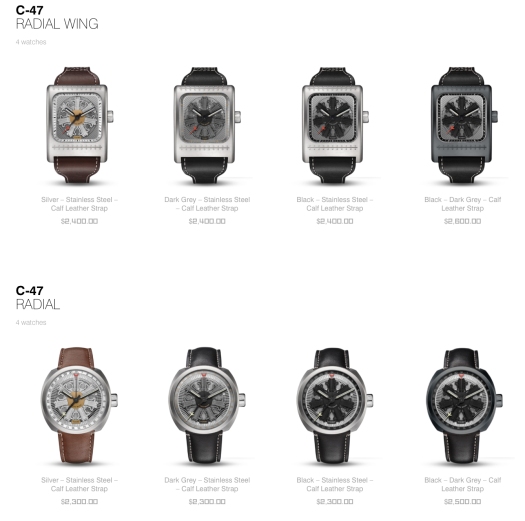 The Air Defender series takes its design cues from the military pilot watches of the 1970’s. Feedback has been excellent with people loving the range, the dual front and rear display, and the Premium finish Valjoux 7750 beating at its heart with the full day date complication. I would bet the last money in my pocket that Tockr™ is not only here to stay for the long run, but that they are going to very quickly carve themselves a very distinctive piece of the high end market place.

When I saw the concept designs a while ago on social media my initial reaction was to like the Air Defender series, but since following the story as it has unfolded my views have changed. I still love the Air Defender series but the C-47 series has now grown on me so much that the ‘Wing’ has now proudly been added to “my list of watches to own”.

The team behind the brand is strong with a record of success in various fields, importantly including the watch world, and you can see this in their timepieces. These watches are built for Accuracy, Style and Longevity, the 3 key characters to building a successful premium brand.