I posted recently that I had two Ikepods in for repair, this is an update after the first one is on its way back to its fortunate owner.

It was obvious from the beginning that there were issues, a peek inside the rear viewing window showed that the oscillating weight would not spin. So the first thing to do was carefully take the Ikepod apart, and as I always do, photograph every stage. 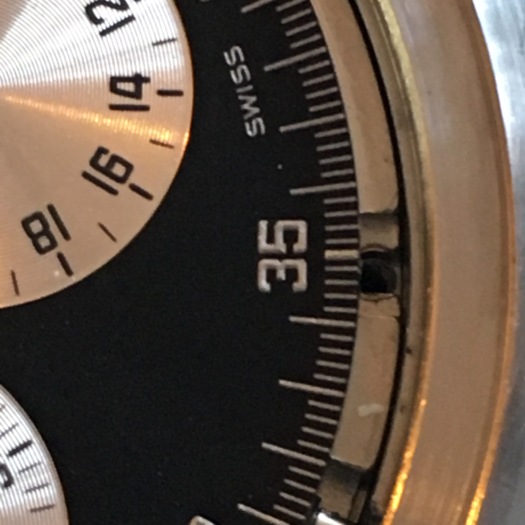 After a quick inspection I could see that the main chronograph cam had moved and was jamming the weight, further inspection showed that the screw had snapped.

After starting the strip down of the COSC rated Valjoux 7750 it was a very encouraging sign to see the movement spring to life as the pressure was released on the chronograph. 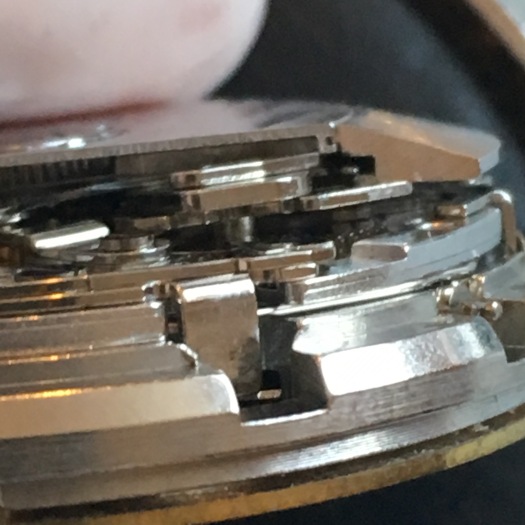 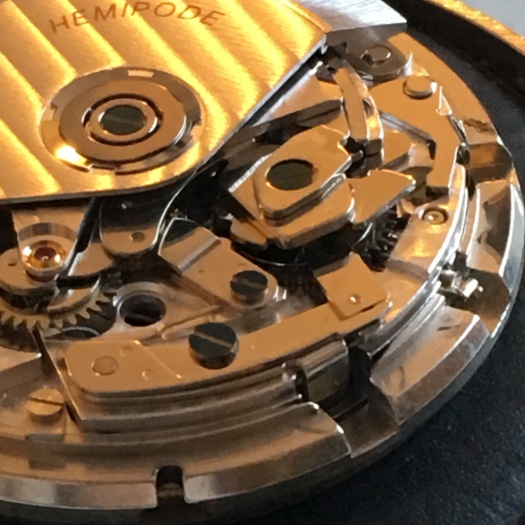 The rest of the strip down was fairly standard, and a quick peek at the online catalogues soon gave me the part numbers to order

58171 and 423 as seen in the images above. After that the parts were ordered, the dismantled movement was cleaned, and the rebuild could begin. 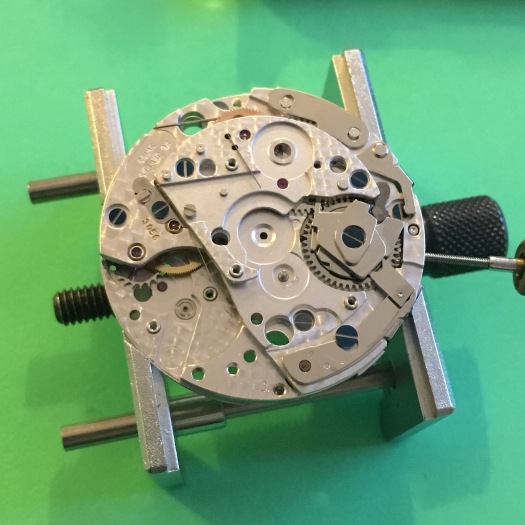 Once the movement was rebuilt it could then be regulated before the build as there is no access to regulate once it’s back in the case. 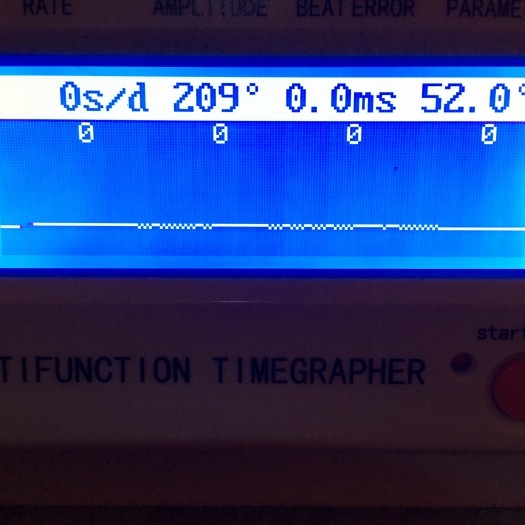 And then finally assembled for testing. 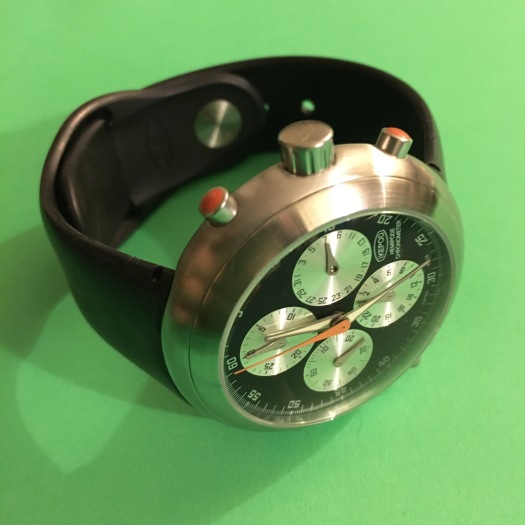 The black one is then on its way home, the next job will be the “wallpaper Ikepod” as it is known, this has a few more issues, but I am confident I can bring this other piece of living art to life.

That’s the thing about Marc Newson’s creations, you either love them or hate them, there does not appear to be a grey area.